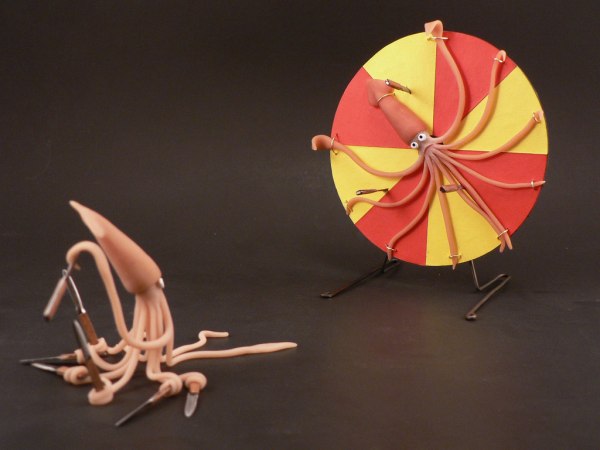 Knife throwing squids in the ring! More suspense than a high wire, more fun than a clown!

I played around with artificial intelligence software to produce some art with a knife throwing theme. All it took was some spare time and good throwing models. 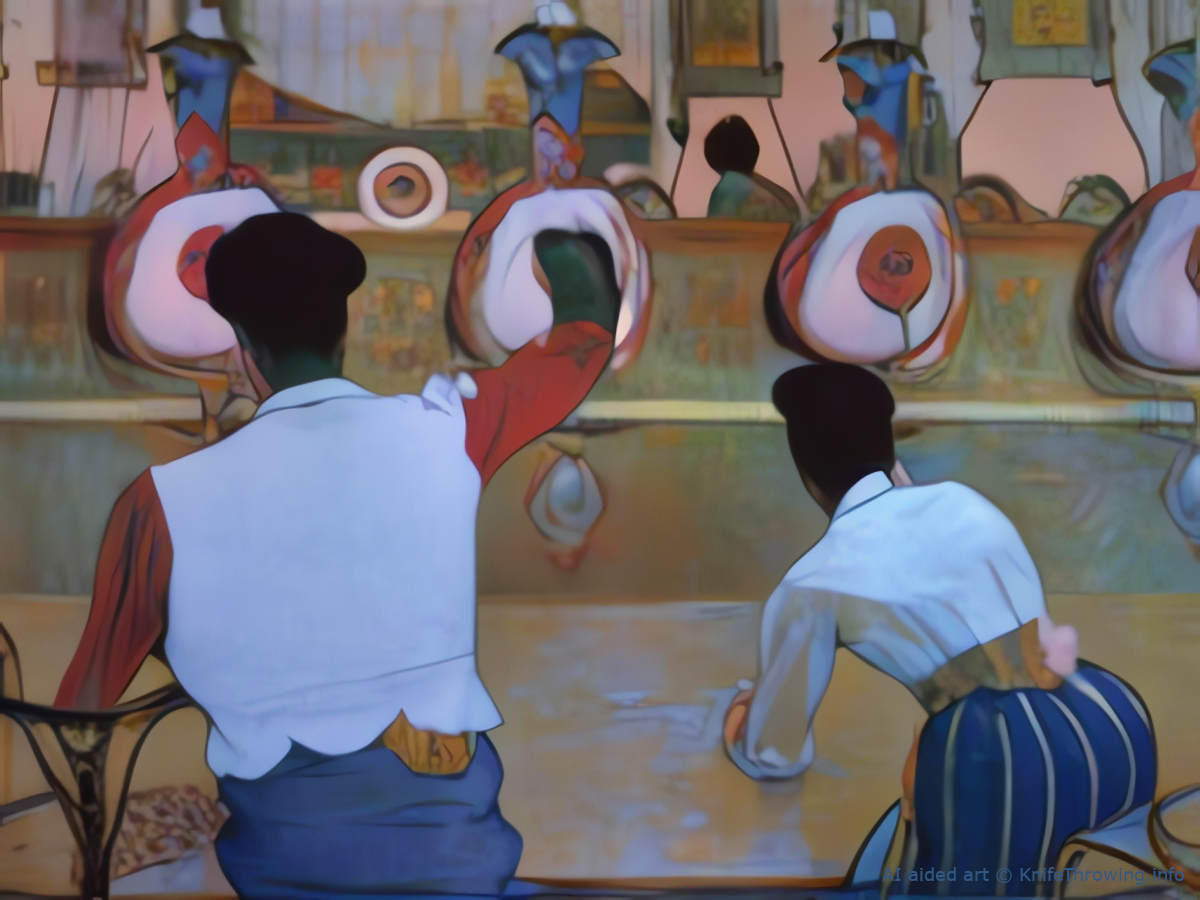 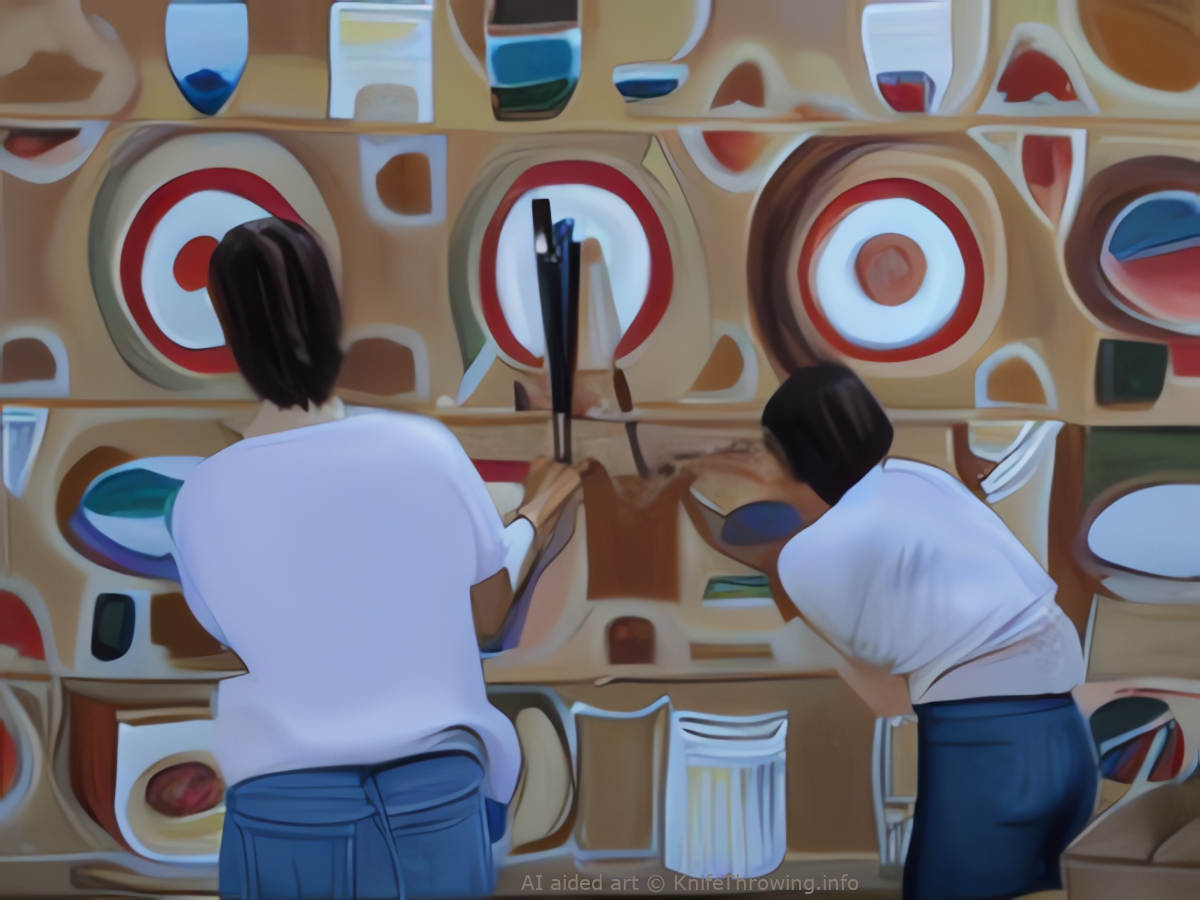 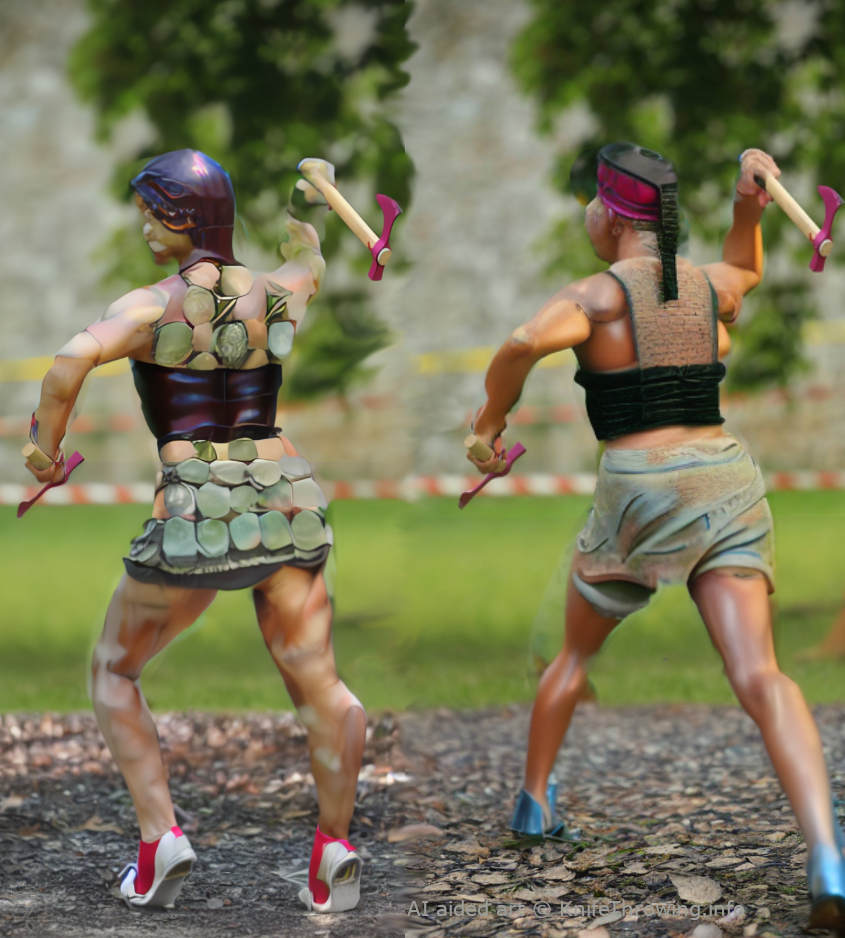 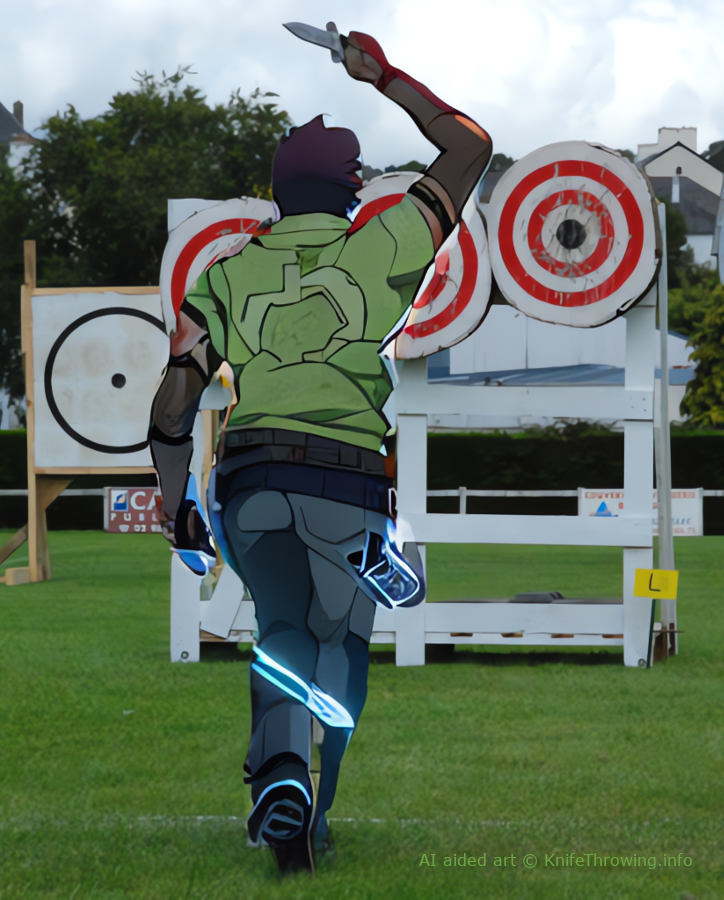 Statues and paintings of a female knife thrower; Provided with a model pose, the artificial intelligence software can come up with different designs and styles.

How did you paint the AI images?

Did you just tell the artificial intelligence to paint a knife thrower?

Well, that's not possible yet. The artificial intelligence (AI) computer programs I tried out knew what a squirrel is - but had no idea how a knife thrower has to look like.

I toyed around with the AI technology

v1.4), which has seen some billion images from the internet together with their associated descriptions. From those image-text pairs, the AI learns concepts such as squirrel, but also how certain image styles look like - "graphic novel", for example. Using a so-called prompt you tell the AI what image you want it to create: miniature diorama of a beautiful beach during sunset.

If a desired concept is not known to stable diffusion, the inpainting approach can be employed: Starting from an existing image or photo, you highlight the area that shall be changed, and write a prompt detailing into which direction you want the changes to go. This is how inter alia the comic strip hero or the many variants of the female knife thrower came to be (using cyberpunk, from the side, for instance).

What really impressed me was that the entire artificial intelligence programs can be downloaded and run on your own computer at home. The model with the weights had a size of only 4GB. As user interface, I used

DiffusionBee. A good place to

start your own experiments is Hugging Face.

At first glance, the images produced with the help of artificial intelligence are really impressive. At third glance, you start to notice inconsistencies such as a third ear on the squirrel. But, the AI is now at a point where it is easy to produce good-looking illustrations on various topics. Currently still excluding knife throwing. 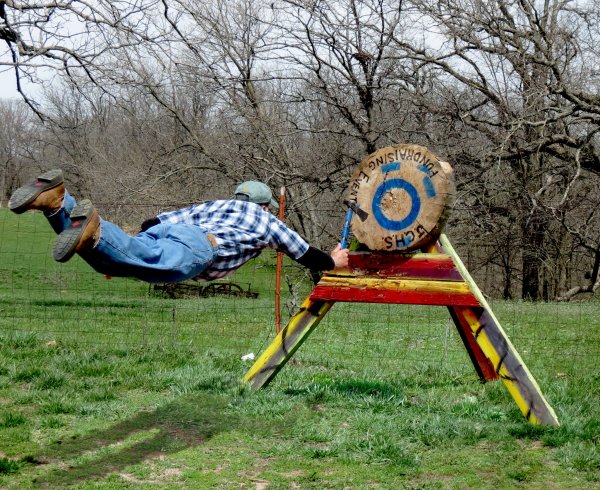 Best way to fly: Forgetting to release your axe when throwing. 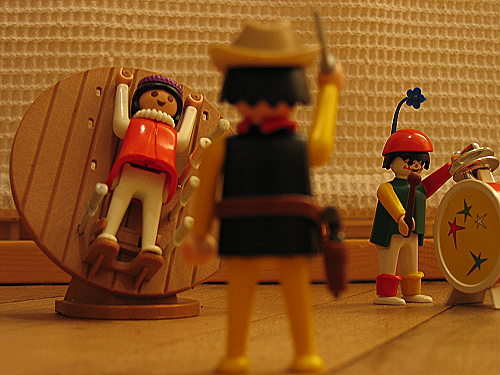 Will the clown stay silent for the knife throwing act?

Part of a Playmobil toy set (


Do you have a fun or artful contribution? Contact us!