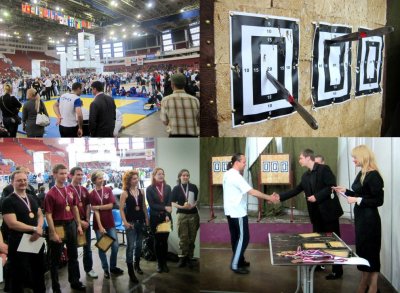 St. Petersburg Sports and Concert Complex in April 2012. It was the 3rd time when knife throwers had an opportunity to meet and compete with each other at such a large-scale sports event, and 30 throwers took part.

The Martial Arts Olympics rules for knife throwing try to be balanced, as in pursuance thereof athletes may apply for only one distance (plus absolute discipline), and leaders do not close the door to medals stand for other throwers. The battle for overall champion title is difficult: only the winners in all other distances are admitted for that competition.

IMAC Martial Arts Olympics gathers people and they can compete to make a claim about themselves (participation: several thousand each year). The Tournament for Knife Throwing at East-West Open 2012 has declared some new winners: 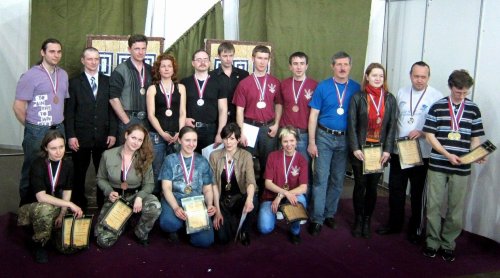